Planet imagery can be used to independently document and monitor the actions of governments and other actors, creating new forms of human rights accountability. Since the early 2000s, human rights organizations have increasingly relied on earth observation data to help document abuses, especially in circumstances when physical access is restricted by a government or when it is simply too dangerous to reach the affected community. Satellite imagery is also used to corroborate witness testimony by matching details of events and locations from survivors with what investigators can observe from space. At a time when governments and the public are increasingly skeptical about testimony from marginalized communities, satellite technology is more important than ever to help expose human rights abuses and hold perpetrators accountable. As satellite technology continues to rapidly evolve, so too do the potential applications for human rights research. While other companies continue to chase after ever-smaller pixels, one of the unique ways Planet contributes to the human rights movement is through our ability to image the entire world every day. For example, in the Fall of 2017, our partners at Human Rights Watch used Planet data to document the exact timing of Burmese military attacks on Rohingya villages in the Rakhine State of Myanmar. In one case, a single satellite image scene revealed building fires and smoke plumes in at least seven villages along the coast in Maungdaw Township on the morning of 15 September 2017. “In most cases, what we really need is satellite data to help establish exactly when something happened” said Josh Lyons of Human Rights Watch. “Of course, showing building destruction in Burma, for example, with very high-resolution satellite imagery can be a powerful advocacy tool. But if the images are old or spaced too far apart in time, we can’t use it to validate witness testimony or determine responsibility for a specific attack.”

In early 2018, Human Rights Watch again used Planet data this time to carefully document the demolition of Rohingya villages by the Burmese military in Maungdaw township. Daily Planet coverage over the affected area not only provided unique insights about the timing and speed of demolition, but also made it possible to dramatically to show the demolition as a time-series animation. “The unprecedented temporal resolution of the Dove constellation is providing the human rights community with new analysis and monitoring capabilities that simply did not exist before. 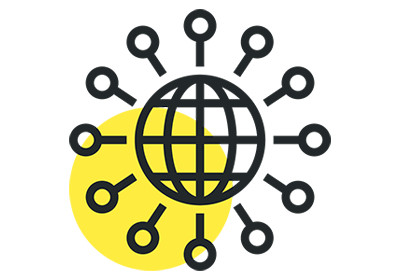